Today’s card uses two products that I liked as soon as I saw them, i.e. Plentiful Plants Stamp Set and the Paper Lattice sheets. I wasn’t sure which plants I wanted to use, or which pots or which plants so I stamped and die-cut two or three of each image I thought I might want to use. The only image I knew I definitely wanted to use was the macrame pot hangers. Years ago when the children were young I used to make these hangers for the craft stall I ran with some other mums for the school Summer and Christmas Fairs! 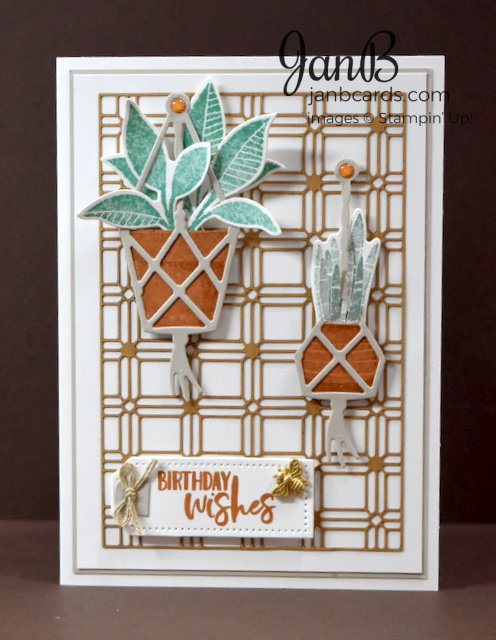 I die cut the traditional flowers pots in Cinnamon Cider Cardstock (CS) but didn’t like them plain. Fortunately the stamp set is photopolymer so it was easy to stamp the die-cut pots using Cinnamon Cider Ink. I chose one each of the two matching leaf images (one with three leaves and the other with five leaves). These have been stamped in Just Jade Ink onto Basic White CS.  After adhering the pot hanger to the plant pot, I used my Paper Snips to trim off some of the pot that was visible from the outside of the hanger. 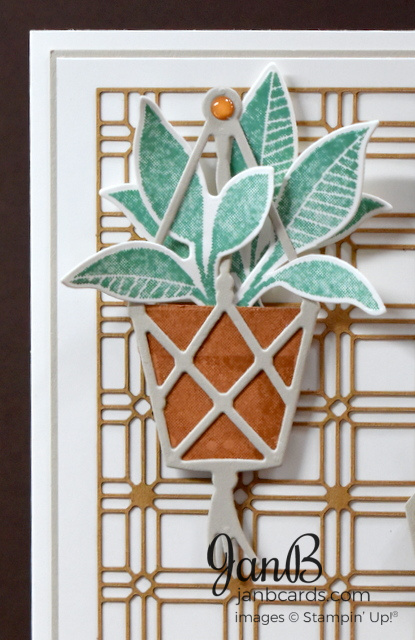 Next, I wanted to use the five-leaf image at the front with some leaves coming in front of the hanger. At first, I curled the leaves so I could ease them through the ropes without causing them to crease. This wasn’t enough so I removed the image and trimmed some of the white edging off between the first and second leaves. Then I cut between the third and fourth leaves to separate them completely and then as low as possible between the fourth and fifth leaves. This made it so much easier to weave the leaves into position. I added some Tombow at the bottom of the image to adhere the leaves to the back of the plant pot. 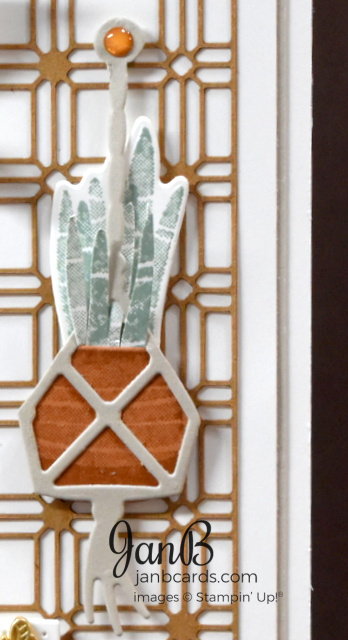 Next I inserted the three-leaf image at the back. Before adhering it to the card base, I added Mini Dimensionals to leaves 2 and 4 of the front image and then one each to the three leaves at the back. This resulted in leaves 2 and 4 at the front were effectively popped up on two Dimensionals with a leaf in between them. This has given the plant a lot of depth. The pot and the top of the hanger were both adhered on to the card base with Dimensionals. I wasn’t worried that the Dimensional was visible through the hole at the top because I knew I’d be adhering the head of a “nail” over the hole! 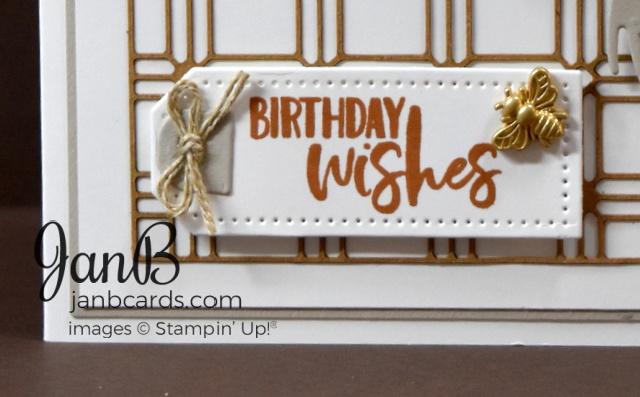 The second macrame pot hanger was created by trimming the original pot hanger down. I stamped and die-cut the smaller pot which has handles on the sides. After I had adhered the hanger onto the pot I used my Paper Snips to trim off the bits of the pot that could be seen outside the pot hanger. The plant I used for this pot was stamped with Soft Succulent Ink.  To add depth to the image, I took one of the die-cuts and cut off all the white edges. I also removed two of the leaves – the last two on the right hand side. I inserted the trimmed leaves through the pot hanger and glued them to the back of the pot. After adhering the uncut image at the back, I cut two small pieces of Dimensional and adhered them behind the two leaves coming through the hanger on the left-hand side and one piece behind the last leaf on the right-hand side. This gave the second pot a lot of dimension as well but I have to admit this was very fiddly! But worth it! 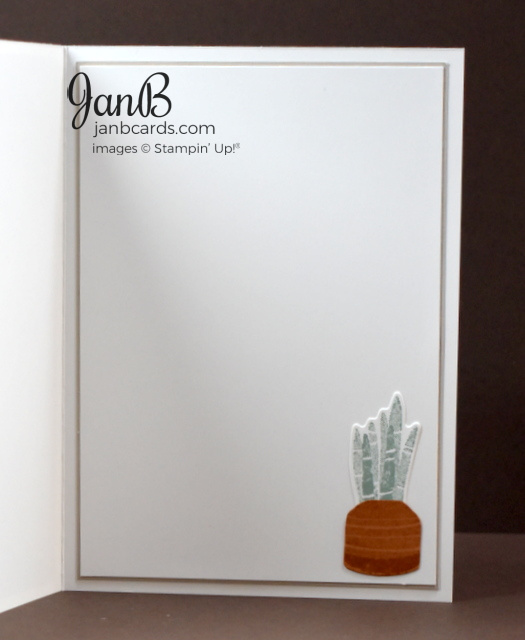 Finally I stamped the BIRTHDAY WISHES sentiment, which is from the Garden Birdhouses Stamp Set, on to a piece of Basic White CS using Cinnamon Cider Ink.  I chose the smallest plain tag from the Tailor Made Tags to die cut the image and added a hole re-enforcer die-cut in Sahara Sand CS. After I had popped it up on Dimensionals I tied a double bow in Linen Thread and adhered it over the hole. It is now normal for me to add one Bumblebee Trinket to all my cards recently and I adhered one on the sentiment! For the “nails” holding the plant hangers, I used two 2020-2022 InColour Enamel Dots in Cinnamon Cider 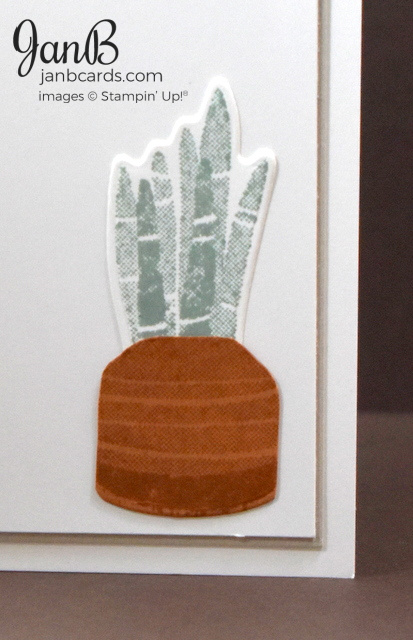 To finish the card, I added a middle layer of Sahara Sand CS inside the card with a top layer of Basic White CS. I adhered another pot which was one of the two-handled pots before I cut them off, and inserted another of the tall leaf images. A pack of Paper Lattice (155697 page 141) has 10 sheets so plenty of opportunity to try using them in other ways! I hope you’ve enjoyed today’s project as much as I enjoyed creating it. I look forward to seeing you next time. Please take care and stay safe. Happy crafting.

Products used for this project: please click on any of the links to be taken to my 24/7 online Stampin’ Up! shop. The Hostess Code for JULY 2021 is 2Q22H4BY Thank you. xx