This is a quick non-crafting blog to share our day out yesterday with you. Hubby and I took a drive up to Milton Keynes for an overnight stay for a quick break. We left home at 10.30am which was somewhat later than our planned 9am but after being on the M25 for about five minutes, all traffic stopped because there had been an accident on the road ahead! We were stopped for twenty minutes and then we were on our way again. We had a comfort stop at the Chobham Services and eventually arrived in Milton Keynes at about 1.15pm. Our first stop was at a shopping precinct because we had two shops we wanted to visit, and to get a desperately needed cup of tea. As we were wandering around we came across this upside down house. For £5 per person, you can go into the house to take photographs! We settled for a photograph of me sitting on the brick wall instead! LOL! 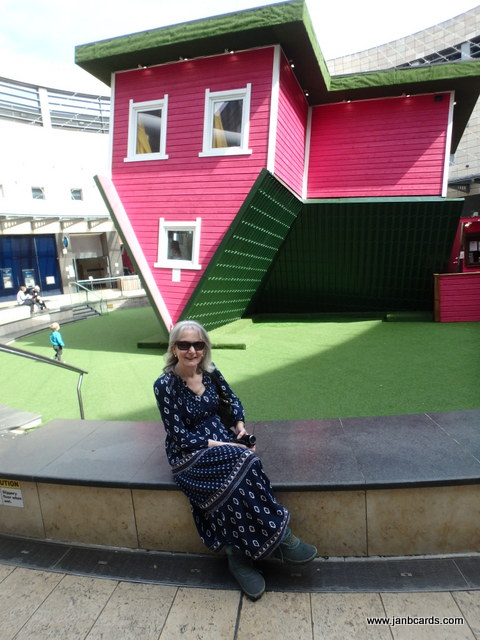 When hubby was working in Milton Keynes recently, he saw some Starships which neither of us had ever heard off before. If you’ve never come across these little gems before, you can see what they look like in these photos. They put a home new meaning on the expression “home delivery”! Apparently, you can download the app and then you can phone through a shopping order and it will be delivered by one of these Starships! They have 360° cameras so they can see all around them and special wheels that allow them to go up and down kerbs! I was hoping to video one in motion but that hasn’t happened. If you would like to see them, go onto YouTube and type in Milton Keynes Starships! 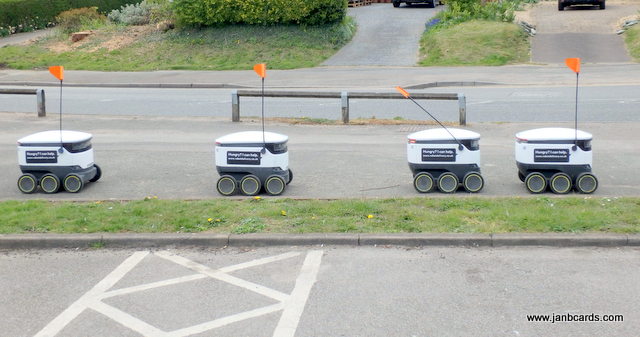 While we were in the car park visiting the Starships, my car alarm kept going off. We checked that the doors, boot lid and windows were all closed properly but it kept happening. Hubby took my car handbook out of the boot and was reading about the alarm. He suddenly remembered he’d had a similar problem with one of his cars. Long story short, he read about locking my car using the key rather than the fob! That quietened the alarm. The problem? The car fob battery was running very low! New batteries today, methinks! 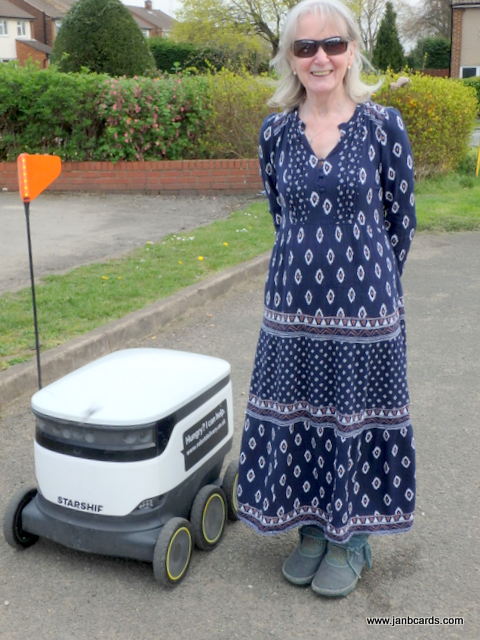 Today hubby and I are visiting Bletchley Park which is a museum and a heritage site. It features the incredible achievements of Britain’s World War Two Codebreakers and this is the place where it happened! We’ve wanted to visit Bletchley Park since our dear friend Liz shared with us that she actually worked there herself during the war. Unfortunately, Liz passed away shortly after this so we weren’t able to find out more about what must have been a fascinating story. 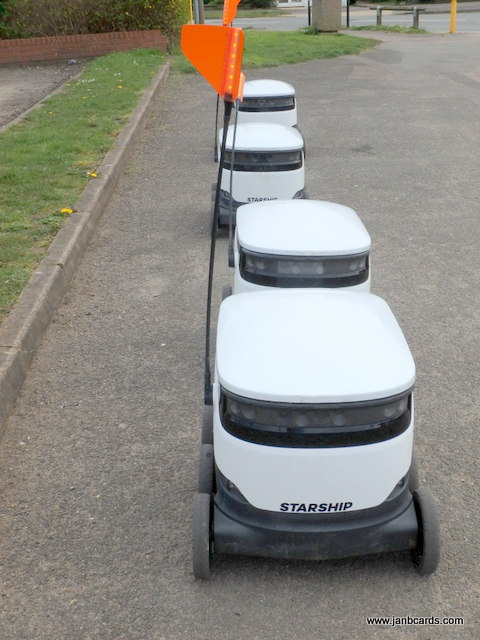 I have already scheduled tomorrow morning’s craft blog so I’ll try and come back later in the week to share our day at Bletchley Park with you! I hope you’ve enjoyed sharing our trip to Milton Keyne as much as I have enjoyed sharing it with you. I’ll be back with you tomorrow and in the meantime, please take care and stay safe. And of course, happy crafting!